We have another typhoon heading towards Japan this weekend. So, we have been trying to prepare for it as well as we can.

Yesterday, TEPCO came and cut lots of branches off the tree that fell down behind AES in the last typhoon. It is much safer now. They will remove the rest of the tree at a later date. 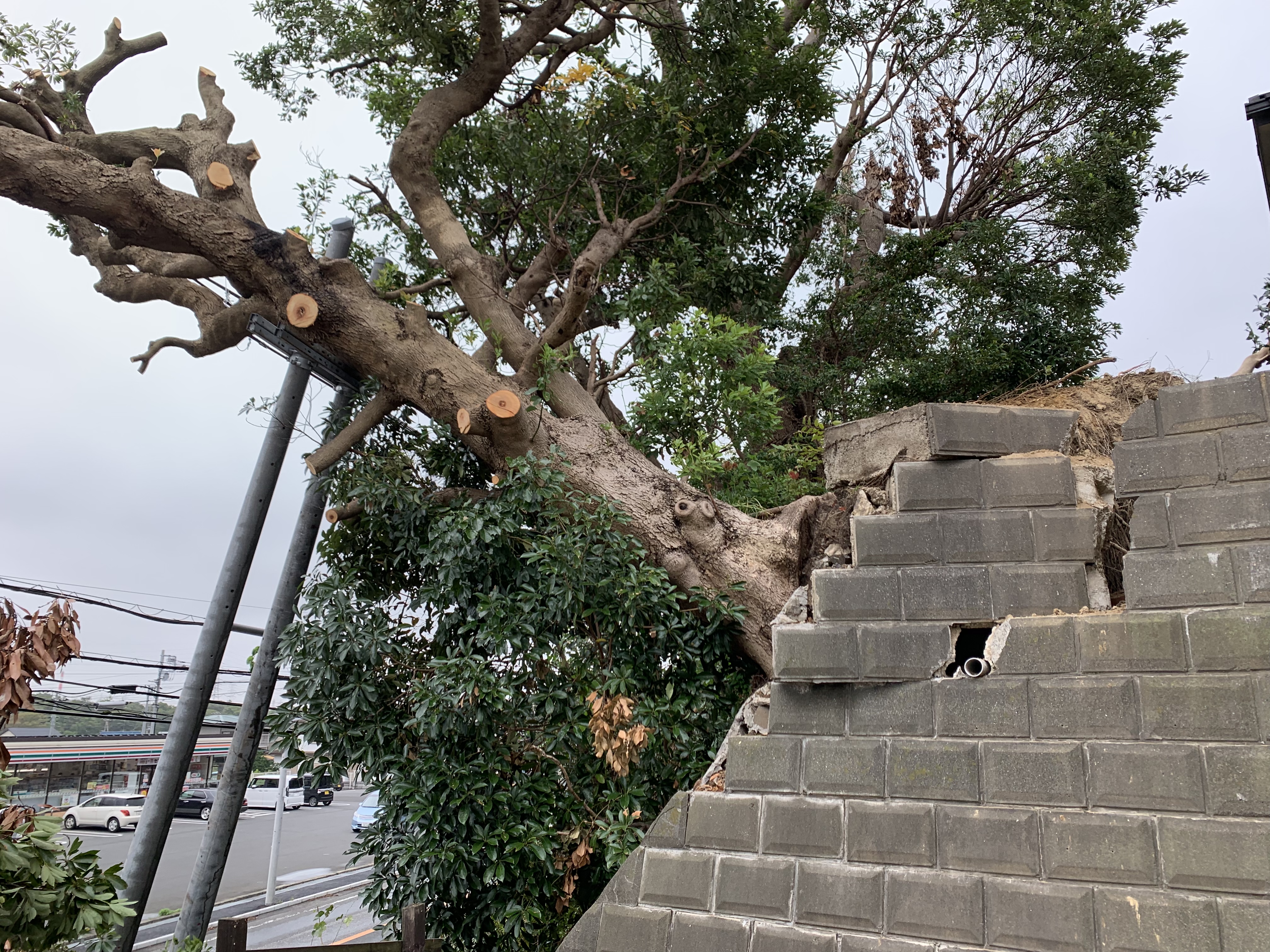 They put a support underneath it, so it shouldn’t be able to fall down in the typhoon. 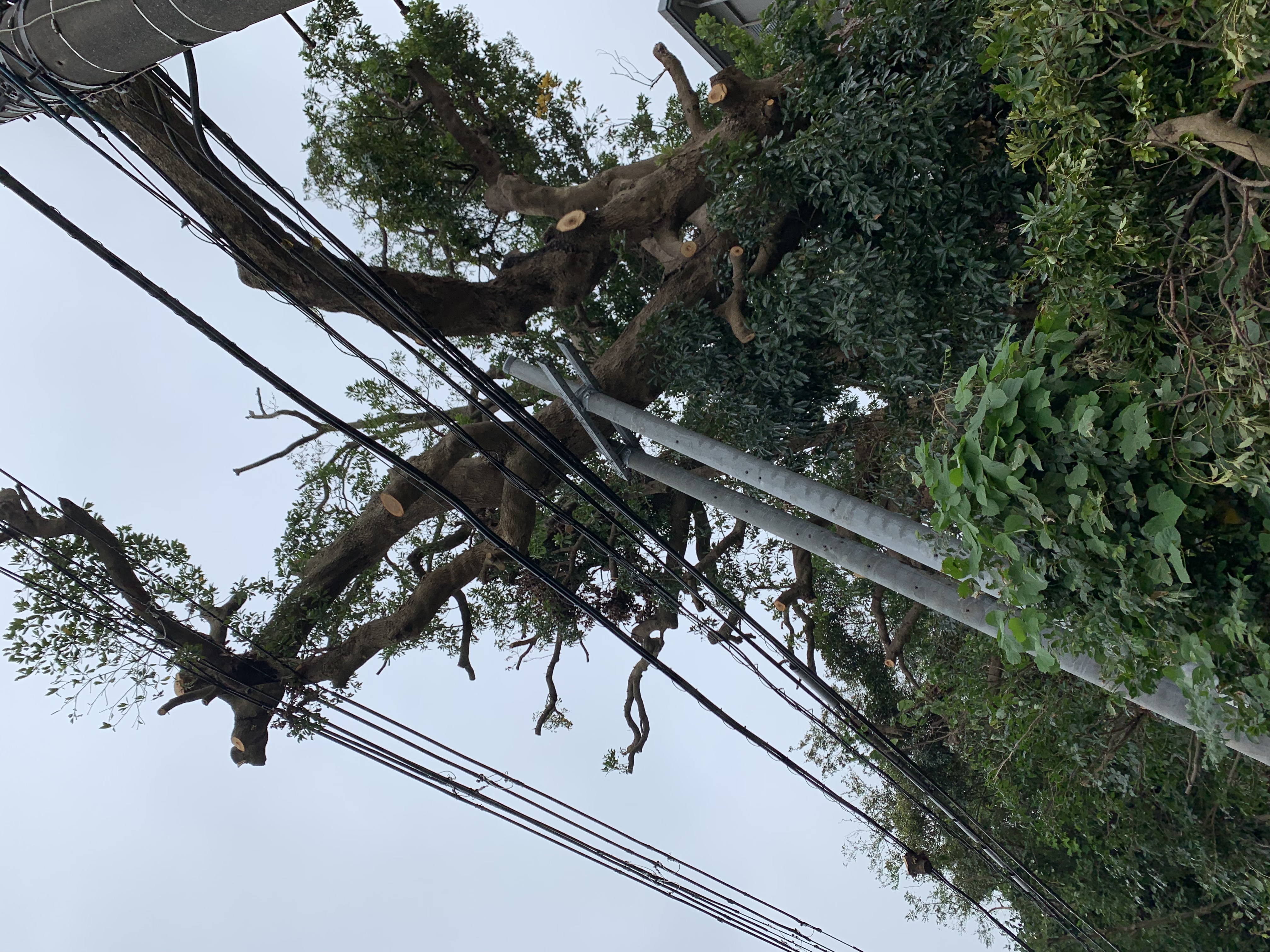 I boarded up some of the windows at AES this morning. 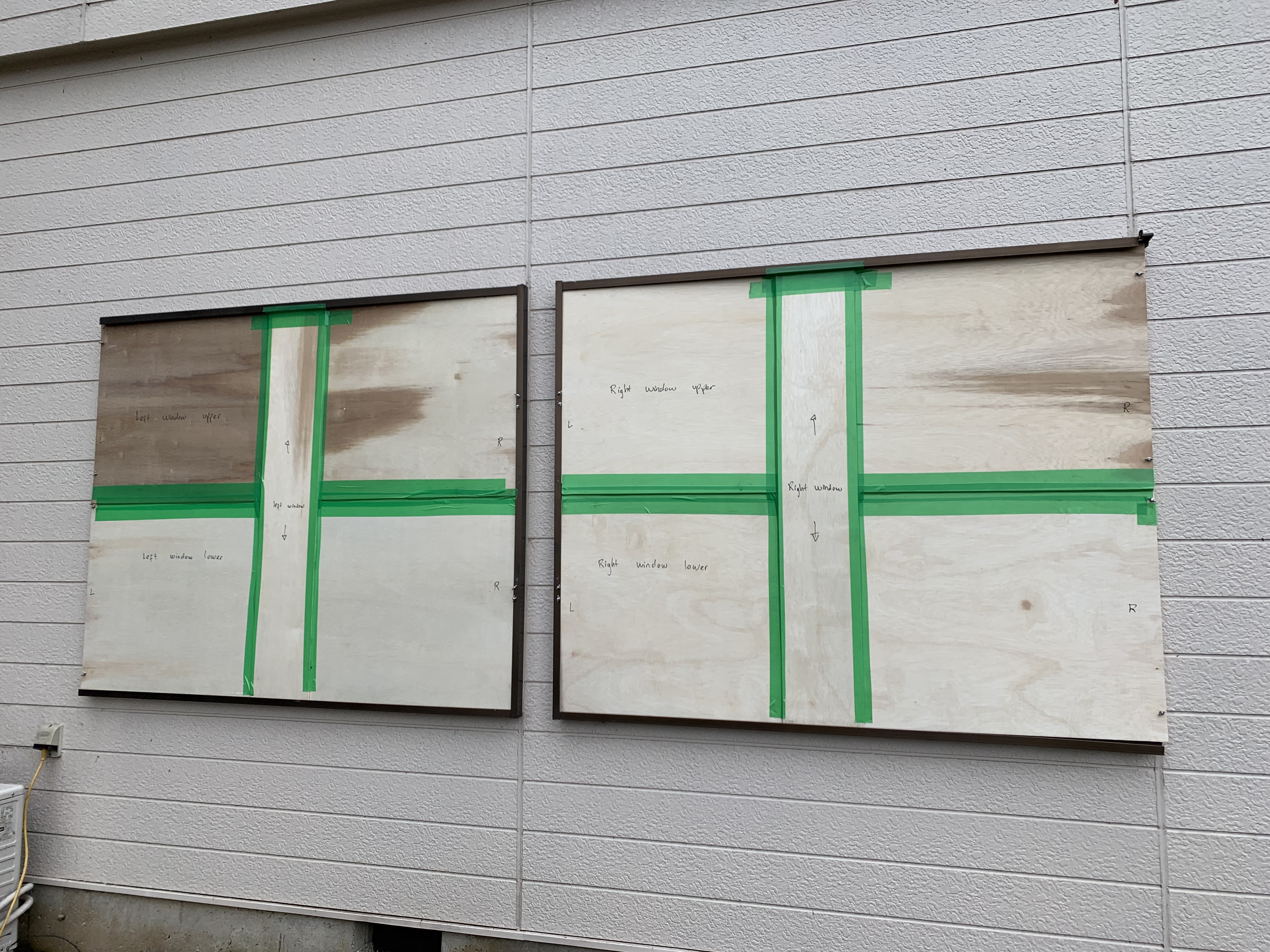 There is so much debris that is going to fly around this time. A lot of houses have sheets on the roofs as they are still waiting for them to be repaired from the last typhoon. People are worried that these sheets will all blow off and wrap around the powers lines, which will cause another power cut.